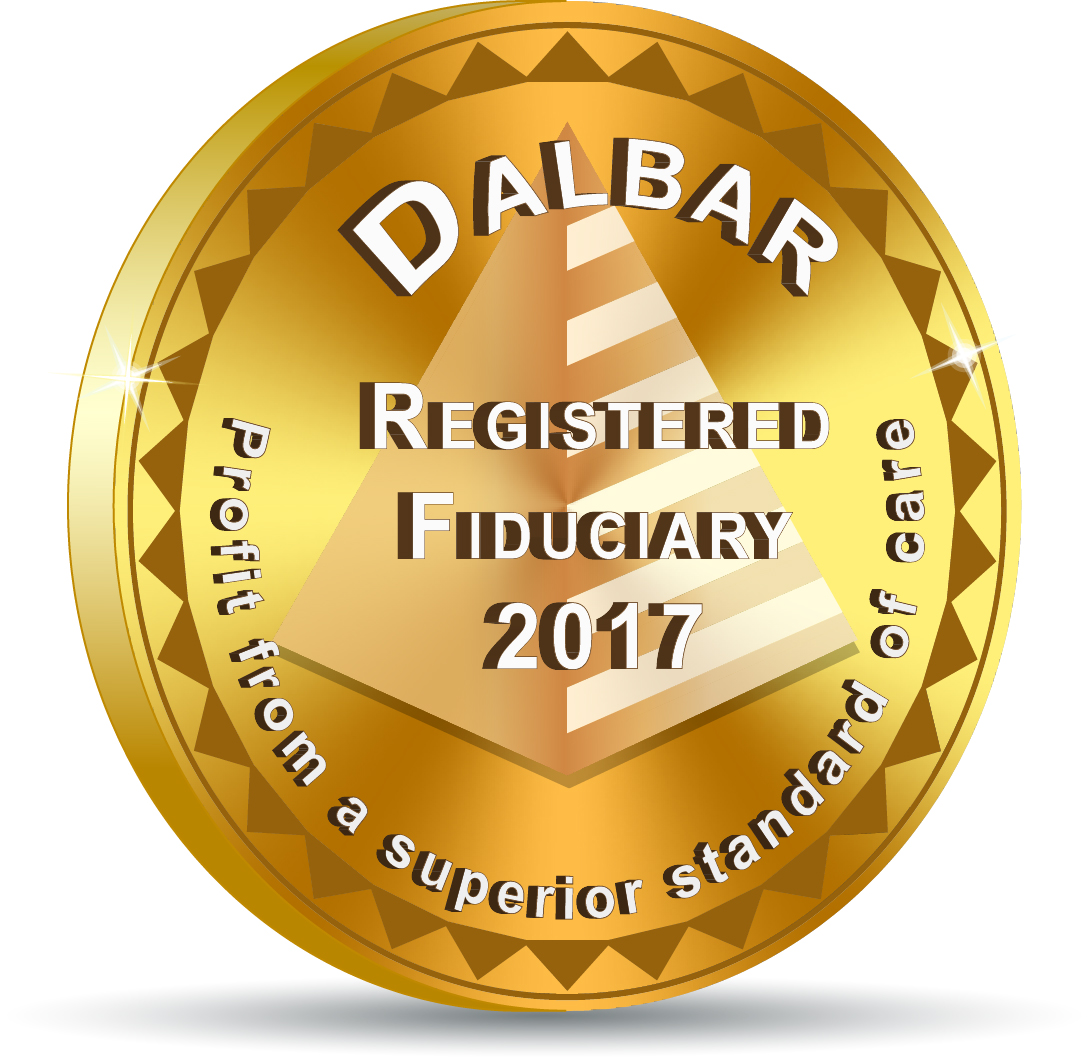 The Equal Employment Opportunity Commission’s (EEOC) announced on October 4, 2018, with its release of What You Should Know: EEOC Leads the Way in Preventing Workplace Harassment, that its preliminary data for Fiscal Year (FY) 2018 shows a more than 50 percent increase in sexual harassment lawsuits filed by the agency and a more than 12 percent increase in the number of charges it received over FY 2017.

This increase should not be a surprise as the Harvey Weinstein scandal pushed sexual harassment into the spotlight and it fueled the #MeToo movement. This increase should also be a notice to employers that it is more important now than ever to continue the move in workplace culture with continued and ongoing real dialogue and real action. We all need to continue education guiding and leading appropriate and professional workplace behavior and ensuring people know when and how to report sexual harassment. Those people, whether supervisors or non-supervisors, that receive complaints need to know how to take timely action and ensure claims are investigated.

Preliminary data for 2018 from the EEOC include the following statistics:

In California effective January 1, 2019, employers with five or more employees, or independent contractors, must provide sexual harassment training to all employees. This training must be completed in one year by January 1, 2020. Other key information you need to know is follows below:

Though these requirements seem time-consuming for management and employees, the alternative of a devastating sexual harassment claim can cost the employer some real dollars. Therefore, ensure your employees, team leaders, supervisors and management team promote and contribute to respect everyone in the workplace.

BFF® HR can provide you with supervisor and employee training that meets the California requirements.

On August 9th, 2017, the Department of Labor submitted a proposal to the Office of Management and Budget (OMB) to delay the January 1, 2018, applicability date for certain exemptions to the fiduciary rule until July 1, 2019.  The 18 month delay would apply to phase two which includes the best interest contract exemption (BICE), principal transactions exemption, and the prohibited transaction exemption 84-24 (or PTE 84-24 which covers compensation paid in the insurance and securities brokerage context.)

Currently, these exemptions (BICE, Principal Transactions, and PTE 84-24) are in effect but generally require only compliance with the “impartial conduct standards” during the Transition Period, which began on June 9, 2017.

The first phase of the fiduciary rule which went into effect June 9, expanded the definition of who is a fiduciary as well as established the impartial-conduct standards.  But full compliance with the new rule was not required until January 1, 2018.  Without the latest delay, the BICE will be required to sell fixed, indexed and variable annuities beginning January 1, 2018.  Opponents of the rule are concerned with the phase two rules that would establish a class-action right to sue.

The DOL’s intention to delay the full implementation date of the fiduciary rule was revealed in a court filing in the Minnesota case brought against the DOL by Thrivent Financial.  The DOL’s filing didn’t provide details about the delay, but it did say that the full proposal was expected to be published in the Federal Register by the OMB on August 10, 2017, which, barring any complications, makes the delay official.

The deadline of October 1st to start a new Safe Harbor 401(k) Plan for 2017 is fast approaching!

For the right company, a Safe Harbor 401(k) Plan offers real advantages over a traditional 401(k) plan.   Safe Harbor Plans make it possible for owners and highly-compensated employees (HCEs) to make the maximum salary deferral contributions to the plan even if other employees make limited or no contributions.  Equally important, by including a Safe Harbor provision, the plan avoids the possibility of corrective taxable refunds that might otherwise be required due to a compliance testing failure.

Why do you need to act quickly?  An Employer who would benefit by starting a new Safe Harbor 401(k) Plan in 2017 needs their plan to be fully operational by October 1, 2017.  This “operational by October 1st” deadline is necessary in order to satisfy the “safe harbor” condition on this type of qualified retirement plan which requires that employees are allowed at least 3 months to make salary deferral contributions.

While the IRS deadline for starting a Safe Harbor 401(k) Plan is October 1st, setting up a new 401(k) plan can take at least a month or more.  So the practical deadline is actually closer to mid-August.  If you are interested in establishing this type of plan for 2017, we encourage you to act now to enable your assembled team to have enough time to get it completed for you.

Freedom is essential to the American way of life.  This weekend we celebrate those who dared to declare our independence and ensure our right to pursue happiness and the American dream.

BFF® would like to wish you and your family a happy and safe Independence Day weekend.

In observance of the holiday our offices will be closed on Friday, June 30th at 3:00 PM and we will re-open for normal business hours on Wednesday, July 5th, at 8:30 AM.

On May 22, our Labor Secretary Alexander Acosta penned an Op-Ed Piece for the Wall Street Journal and “threw in the towel” in his effort to delay the application date of the Fiduciary Rule.  Barring any additional developments or further delays, the Fiduciary Rule will now become applicable, as scheduled, on June 9, although certain provisions do not become applicable until January 2018.

In the Wall Street Journal piece, Acosta indicated that the Department of Labor “carefully considered the record in this case, and the requirements of the Administrative Procedure Act, and have found no principled legal basis to change the June 9 date while we seek public input.  Respect for the rule of law leads us to the conclusion that this date cannot be postponed.”

The DOL has prepared updated guidance regarding the rule on their website, including FAQs.

In remembering our heroes, we honor the great sacrifices made for the dreams of every American. May we never forget their strength, courage, and profound willingness to stand up and defend the American way of life. At BFF®, we hope this important holiday finds you and your family well and inspires you to reach for your dreams.

In observance of Memorial Day, our offices will be closed on Monday, May 29th and we will reopen our offices on Tuesday, May 30th at 8:30 AM.

On April 4th, the Department of Labor extended the applicability date of the Fiduciary Rule and related exemptions, including the Best Interest Contract Exemption, from April 10 to June 9, 2017.

This extension of the applicability date follows the Presidential Memorandum issued on February 3, 2017, which directed the department to examine the fiduciary rule to ensure that it does not adversely affect the ability of Americans to gain access to retirement information and financial advice.

Yesterday President Trump signed a Presidential Memorandum that instructed the DOL to conduct a new “economic and legal analysis” to determine whether the rule is likely to harm investors, disrupt the industry, or cause an increase in litigation and/or the price of investment advice.

The memo further said that if the DOL concludes that the regulation does hurt investors or firms, it “shall publish for notice and comment a proposed rule rescinding or revising” the regulation.

In other words, what President Trump has actually done with this Memorandum is to direct the Labor Secretary to begin a “new” rulemaking process, which might either rescind or revise the existing (and already-effective) Fiduciary rule that is set to be “applicable” as of April 10, 2017.  Stay tuned for updates.

We are looking to hire a 401(k) Plan Administrator(s) to join our BFF® team!   As the Plan’s BFF® you will be responsible for coordinating with our 401(k) clients to help them meet their 401(k) administrative needs.

END_OF_DOCUMENT_TOKEN_TO_BE_REPLACED 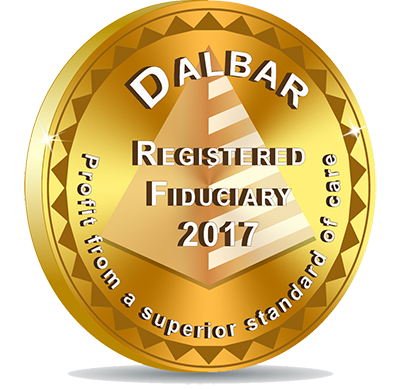